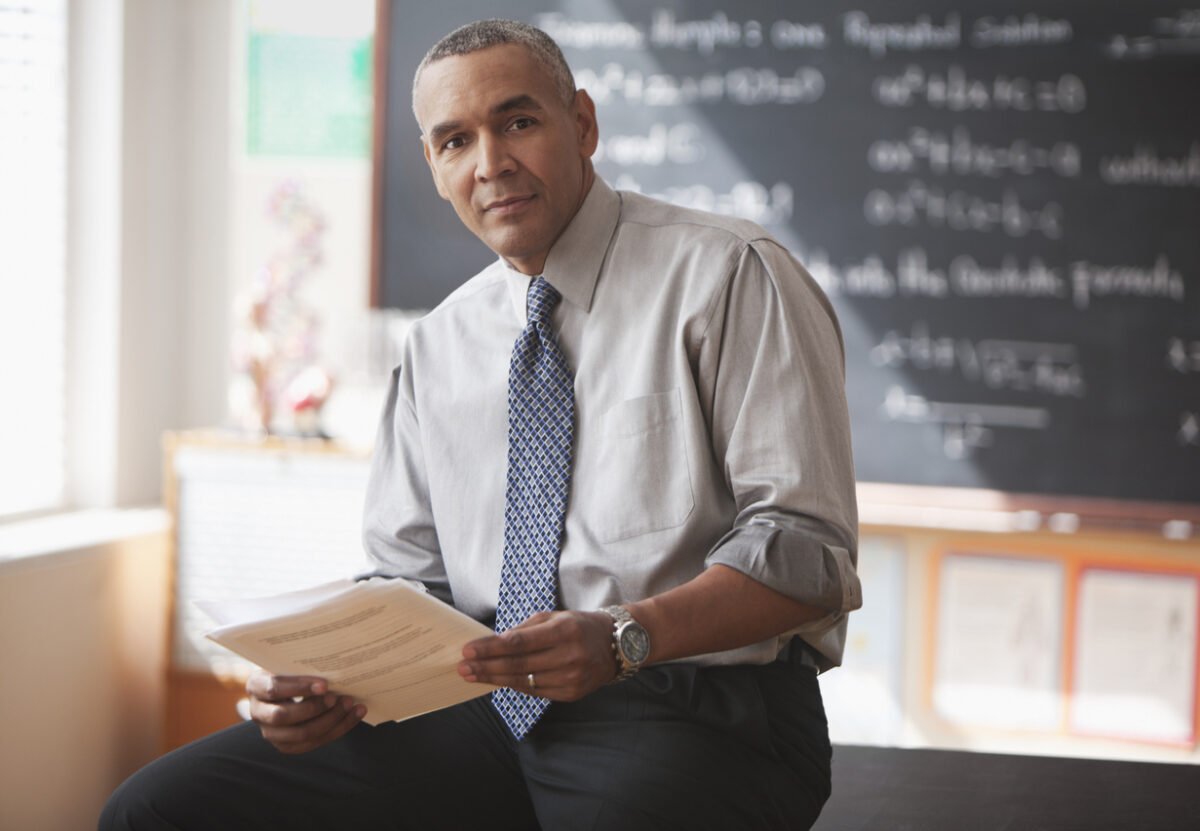 Part one in a two part series.

When I was in middle school, 8th grade was special. It was the first time we were able to select our own classes. I was a bit of a nerd, which is no surprise for those of you who know me, so I was most excited about selecting my science class. The options seemed endless, but I settled on Mr. Baldwin’s Marine Biology and Human Biology class because of my love for the water. The class was broken up, as you might expect, with Marine Biology in the first part of the year and Human Biology in the second.

On Day one of class, Mr. Baldwin, a long-haired, laid-back guy, passed out his syllabus. On the very top were his three rules:

It is these rules that not only changed my life but also got me ready for a career in the legal support industry.

After the first class, Mr. Baldwin would start each class with us all reciting the rules, always starting with “Proper planning prevents pitifully poor performance,” which is a mouthful to say out loud as a class. By the second week of class, he was testing us on it and making sure we were prepared. He would call on a random student in the class and ask them about what stage they were at on a project or how their homework was coming that was due three days later. Of course, he received a lot of blank stares and glazed eyes, but he got his point across.

Now, how does this relate to digital court reporting?  No court reporter, no matter the method, wants “pitifully poor performance,” so we all must “properly plan.” That starts with training and certification.

An untrained court reporter is just as bad for the industry as an untrained lawyer, doctor, or firefighter. A court reporter who does not understand the proper protocols, rules, and equipment utilized to capture the record can risk having their work thrown out in a court of law and losing their client the case. For a digital court reporter, training can come from many places, including on the job, through an employer, or from a training center like BlueLedge.

The American Association of Electronic Reporters and Transcribers (AAERT) created approved programs for curriculum looking to train digital court reporters.  As an approved program, BlueLedge went through multiple levels of evaluation that takes months of back-and-forth with the AAERT Education Committee and the AAERT Board. This is after years of building the curriculum from scratch based on industry knowledge and AAERT best practices. BlueLedge’s program was built by a court reporter and firm owner with over 30 years of experience who was trained in digital, voice, and stenographic reporting. Since its creation, it has been further refined by our instruction team, who have years of professional experience in court reporting and transcribing. We also enlist the help of industry partners to make sure the current standards and demands are being met by our program.

After completing an “approved program,” or after one year of on-the-job training, a digital court reporter is eligible to sit for the Certified Electronic Reporter (CER) and/or the Certified Electronic Transcribers (CET) exams. The CER exam consists of a knowledge-based test that includes legal terms and definitions, courtroom procedure, ethics, equipment setup, and legal system knowledge. The CET test has two parts: first, a knowledge exam similar to the CER but more focused on transcribing, followed by a practical exam which requires test-takers to transcribe recorded audio and create a transcript in a set amount of time. The transcript is then evaluated by legal professionals who grade it.  Only those exam-takers who receive 98% or higher pass the practical exam.

The second rule Mr. Baldwin made us learn seems simple but was often a struggle for middle schoolers because it was never our fault. When something was missing or when we needed a red pen and did not have one, there was a reason or an excuse. As we grow up, we learn we need to be prepared. If it is showing up early for a job interview or having all your documents ready for the accountant when you get your taxes done, it is on you. This applies to court reporting because you always need a Plan B, Plan C, and Plan D.

Having the right equipment and knowing how to use your equipment is essential to being a good court reporter. The right equipment should include numerous backups and proper professional hardware and software. Starting with the hardware, every reporter should have a primary microphone system plugged into their laptop and at least two backup recorders. The audio quality is only as good as your microphones, so always buy high quality if you can. On the software side, a court reporter should use a program made specifically for digital court reporters. This software will include the ability to designate speakers, make annotations and record audio. The best of these softwares also include the ability to record video, save to a backup drive or cloud simultaneously, and recover the media if a system crash occurs. For those of you who are counting, that is four copies of the audio and two copies of notes from the proceeding, just to make sure you have extra.

Working with and training court reporters for the last five years has taught me one very valuable lesson: the cost of time. Time is finite and can be very expensive. I attended one deposition where the doctor revealed he charged $4,000 per hour to be there. So court reporters need to be aware of time and make sure they are ready long before they are needed. Most digital court reporters arrive to a location more than 30 minutes before the job begins. This is not because it takes that long for them to set up–a good reporter can set up in minutes–but because they want to make sure they are ready and have that extra time they hopefully will not need because the cost of being late could be $4,000 an hour.

Mr. Baldwin was a big believer in working through a problem and never giving up. Our biggest project of the semester was an underwater diorama. Each period was given a 4-foot by 8-foot sheet of plywood to cover in a realistic underwater landscape. The class was divided into groups and given assignments.  Some people got fish, others were assigned crustaceans, and our group was given coral. I was excited and told my group I would make brain coral. I can clearly remember going to the store and buying giant styrofoam balls to cut and carve into my creations. After carving the coral in class the next day, I went to paint it, only to discover that the chemicals in the spray paint I wanted to use dissolve Styrofoam. Mr. Baldwin reminded me that “persistence overcomes resistance,” and eventually I found a paint that worked. I did not give up until I got my project right. Court reporters need this same mentality to never give up. If you are dealing with technical issues, a frustrating client, a difficult location, or just having a bad day, persistence overcomes resistance.

Mr. Baldwin may have never known what digital court reporting was or that I would become so involved in it during my career, but I think he did know that these rules were going to stick with some of us for the rest of our lives. My hope is that by sharing these rules with you that they stick with you as well and that you become a better reporter because of them.

To learn more about BlueLedge and our Digital Court Reporter courses, go to https://crtclassroom.blueledge.com.

Benjamin Jaffe is the Manager of Digital Training and Development for BlueLedge.

Return to Ledger | A Legal Blog